“Give me your hands” is Baruck’s new message. 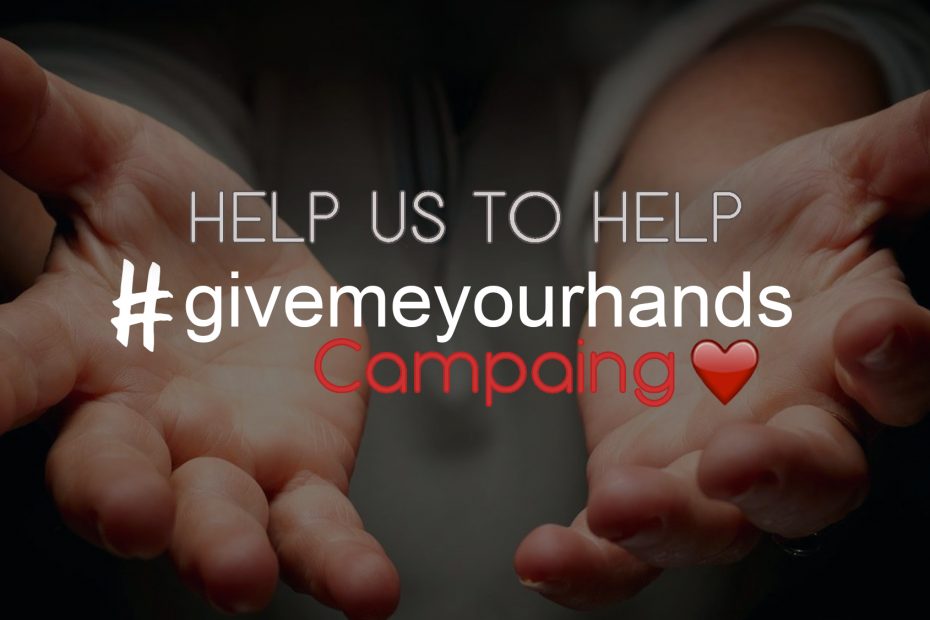 The song to create awareness and solidarity with all the countries of the world that are fighting against abandonment, crisis, war, and abuse of power.

Humanity is increasingly approaching its extinction, although many people dedicate their lives to helping the neediest it’s not enough. According to a UNHCR report, globally, by the end of 2016, a total of 65.6 million people were forcibly displaced, this number is increasing every day with countries that join the economic war, abuse of power, the excessive evil and the violation of human rights.

“We were born in Venezuela, it’s a country that used to be free and that now it’s integrated into the list of countries in conflict with more than 52,620 Venezuelan refugees in the world; something never seen before in one of the countries with more oil reserves in the world. We were there, we saw the before and the past of a dictatorship, we saw how the human rights were violated, we saw poverty and delinquency at its maximum expression, and especially we saw how the indifferent gaze of the competent bodies and the population helped to increase the misery of a few that nowadays became everyone“. Jose said

“We left the country because we suffer persecution and pain, we started a new life from scratch, we have learned through experience the difficulties that refugees worldwide suffer when they have to leave everything they have; Some of them with fewer opportunities than others“, Nieves said.

“Knowing the profound damage that indifference does in a country, we always bet to contribute and not to silence, because silence is the worst enemy of progress. Therefore, we wanted to carry a second message; The first was given through the song “A Song for Unity”, which was not a political message as many thought but a message of love and forgiveness, forgiveness not only to the fellow but for us for allowing the evil spread so much in our hearts“, Jose said.

“Now, it’s time to carry out a new message: “We have to change and help our fellows, we have to stop being selfish and think that we could become refugees of the future if we do not do something about it“, Jose said.

The figure of 65.6 million means that, on average, one in every 113 people in the world is in a situation of displacement, according to UNHCR. In the area of internally displaced persons, a global situation affecting 40.3 million at the end of 2016; Syria, Iraq, and Colombia stand out as main affected.

“Today we ask ourselves: What about homeless in your country?, What will happen to those who have nowhere to live?“, Nieves said.

“That is why we have released this song, with the purpose of creating awareness and solidarity, and making people understand that with their indifference they aggravate the situation and with their help, we can change the life of someone and even ours. Let’s not let the NGOs do all the work, you can help too, with a word of encouragement, with food, with clothes, with charity, with everything you can donate, with your volunteer work; Each drop gradually fills a glass“. Baruck said

“Don’t let evil spread, be part of the change. Let’s reach out to the needy, let’s make the good because it is the right thing and not because we like it. Let’s not be the judges of the world, let’s begin to teach through our example. If we all do a little good action every day, we will have a big global action in the future. Fellows, understand that the change is in you, do not expect politicians and people who govern the world to do something because it’s their job, let’s do something for them and teach them how to govern, this is our message to the world. Let’s the light always reign over darkness in the spirit. God bless you“, Jose said.

Note: The song “Give me your hands” can be downloaded from this Website

Tags:baruckconcordialagivemeyourhandsmusicsolidarity
previousBaruck is ambassadors and spokespeople for all those people who are suffering from repression in the world.
next“People don’t know what is really happening in Venezuela”, said Baruck on an Interview to TCR Fm Ireland.