Baruck did a wonderful performance at the closing campaign with their song “Un canto por la unidad”. 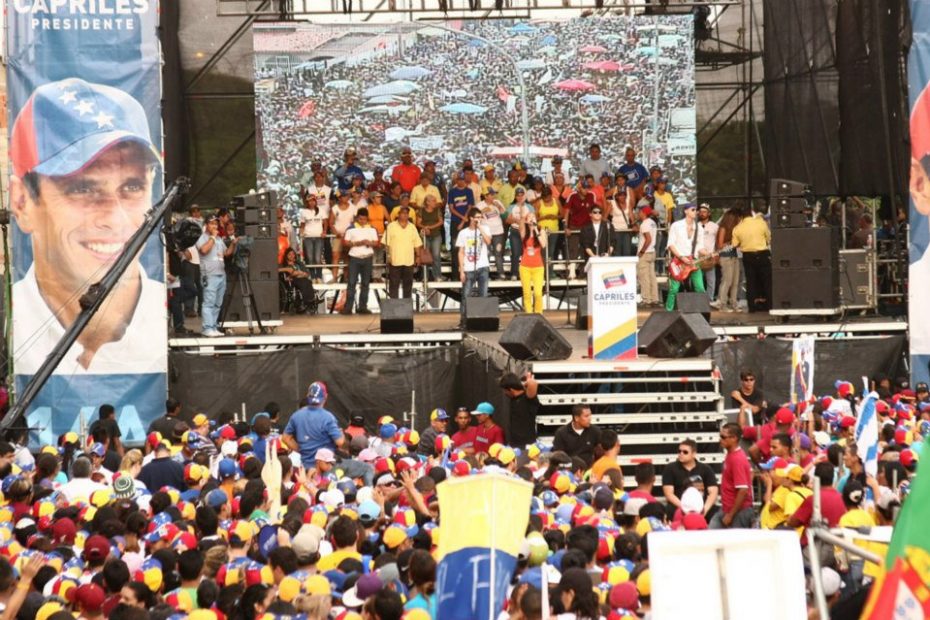 During April 9th, as a contribution to Venezuelan Unity Party (MUD) and presidential candidate Henrique Capriles, Baruck performed in the final campaign of the candidate in a show that was pleasing to the public.

From 4:00 pm, on the main avenue of urbanization Ritec Rosario Avenue, Baruck opened the show with the song “Un canto por la Unidad” (A Song for Unity) played by Nieves and Jose on the guitar, with applause, shouts, and euphoria. The audience showed not to be afraid, on the contrary, there was more strength, more hope, and commitment to Venezuela. With their song, Baruck wants to send their message of love, hope, unity, peace, and forgiveness among the Venezuelan people.

“The song was created with the purpose to reborn the unity and brotherhood among the Venezuelan people through music without distinction of religion, race or beliefs“

“We want Venezuelan people to make the difference, if we all join in for a better Venezuela we can rid off of those rulers whom so much suffering have brought to the country. What the government and their policies have done is to destroy, steal and demoralize the country, so it is time for a profound change, a change made from the highest levels, and if all Venezuelans ask for that change, they won’t be able to deny it, so you have to vote“, they commented.

UN CANTO POR LA UNIDAD was launched in May 2012 and since then has had more than 40,000 views on YouTube in the first 2 months of being released.

Tags:baruckuncantoporlaunidadVenezuela
nextBaruck is ambassadors and spokespeople for all those people who are suffering from repression in the world.